Inspiration for the name Miss Fitzy’s harks back to the grand old days of 1920s/30s era St Kilda when the thing to do was to head to the seaside to relax or dance the Charleston at the Palais. The new venue has been born from the minds of a trio of friends; Paul Laver, chef Lachy Cashman (ex-Circa) and Zack Baala. Behind the bar you’ll find another mate, laconic “liquid chef” Possi.

He thinks Miss Fitzy is “a bit of a showgirl”, so Possi has concocted a list of cocktails inspired by those he considers modern incarnations; Selma Hayek, Scarlett Johansson, Mila Kunis, Cameron Diaz, Eva Mendes, Angelina Jolie, Elle McPherson and Monica Bellucci (her drink features the Italian liqueur Strega in ode to the actress’ heritage). The other side of the menu is populated with often sunshine-appropriate classics – margaritas, mai tais and unapologetic pina coladas (sans the cream, just the way I like them).

Possi’s travelled all over the world from Perth, the south of France, Turkey, New York City, the Hamptons then back to Oz (where he’s also done his hospo thing at Port Douglas’ Salsa Bar & Grill and Barney Allen’s). But you get the impression he doesn’t mind where he tends bar as long as there are some waves nearby. Lucky you can spy a few from Miss Fitzy’s place. This beachy vibe is reflected in his drinks. “I live down the coast in Rye. I’m in the water a lot, so after I go for a surf and I hop out, I always drink coconut water. I was drinking so much of it last summer and I thought it’s a beautiful thing.” Half the fun is hearing him describe the cocktails. On the Cameron’s After Surf Sipper: “She surfs. And after she surfs I figure she could relax with this lovely gin and tonic…” On Monica’s Melting Majik: “I just let the cherry hang out for a while getting anointed with Herring…”

Miss Fitzy’s family also has not-so-secret aspirations of becoming St Kilda’s own supper club as a decent late night bite to eat is something they feel has been absent from the strip in recent times. They’ll stay open as long as you keep ordering. It’s here that the menu deviates from Lachy’s delightful French cuisine in the wider restaurant. The food offering at the bar leans towards the spicy, salty, fried things you crave after a few Manhattans, along with a sprinkling of seafood, but everything from the breads to the sauces is still crafted in-house. 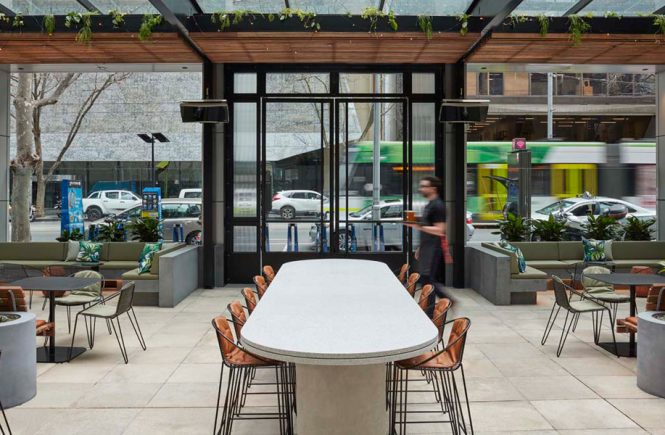 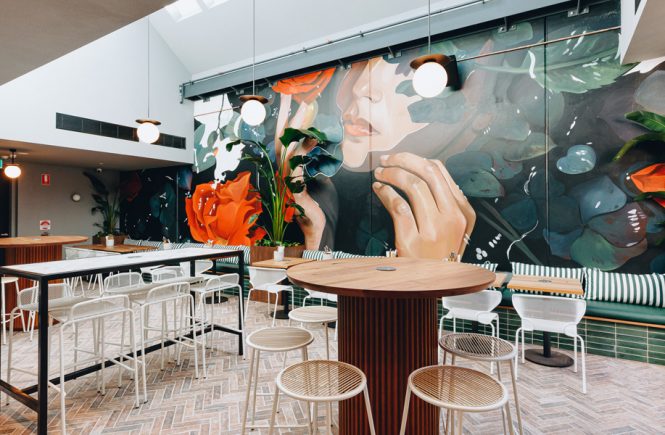 The 7 Most Notable New Bars in Melbourne: Winter 2021 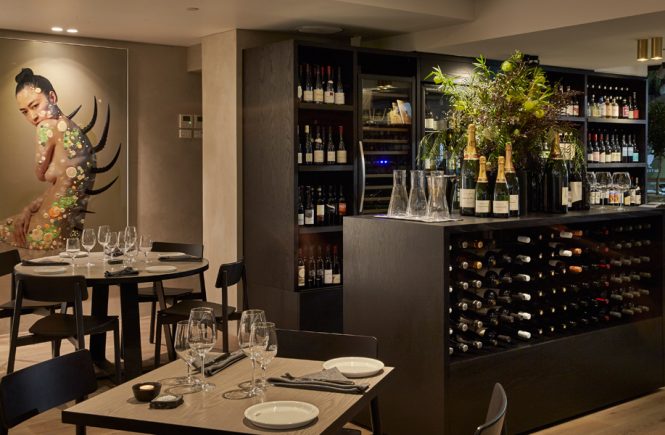