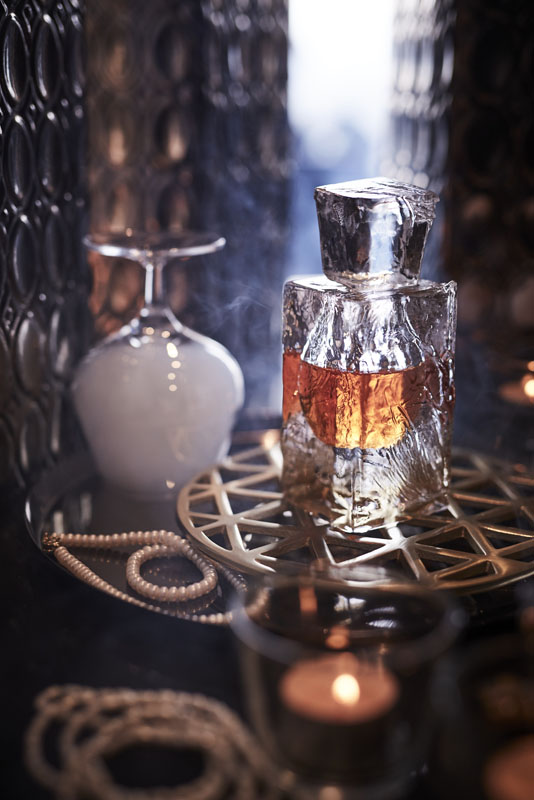 In honour of the unveiling of NGV’s lauded ‘The House of Dior’ exhibition, couture cocktails can now be found at Atrium on 35 (Sofitel Melbourne on Collins’ loftily glamourous bar). Their limited time ‘Code of Conduct’ cocktail menu features a quartet of drinks that take after Dior’s own signature design codes. ‘The Line’ cocktail plays with the idea of silhouettes, while ‘The 18th Century’ toasts French history. The theme of our favourite, ‘The Flower’ – an aromatic rose garden on the tongue – is obvious.

But it’s ‘The Parfum’ that stands out. Intrinsically linked with Dior’s ‘New Look’ era and ‘Miss Dior’ perfume, this cognac, gin and Earl Grey tea based drink comes served in a crystal clear perfume bottle fashioned from ice. Navy Strength Ice Co (The Everleigh’s side project) was called upon to develop the decanter. How do you create something like this out of ice? The Everleigh’s Michael Madrusan says, “It’s not easy”.

“When the idea of creating a bottle out of ice came about there were a lot of sleepless nights, a lot of questions and a lot of scratching our heads,” says Micahel, “it was probably one of the hardest, and most fun, projects we’ve had with Navy Strength.”

To create the ice, Navy Strength Ice Co uses the same ice machine that ice sculptors use to freeze big blocks over three or four days. No moulds are used in the process. The bottles themselves are entirely hand-crafted. Remember how you made paper mache heads or pinatas around inflated balloons then popped them as a kid? The idea here is not dissimilar. “We stick a couple of balloons with air inside and suspend them in the block, then cut them out. Using tweezers we pull out the little balloon. We then make the lid by cutting a cube and hand chiselling it,” says Michael.

Once ‘The Parfum’ is poured from the bottle to a smoked glass at the table, the stopper gets plonked in your cocktail to become an actual ice block. Michael says, “there were a lot of mistakes but I’m so proud that we finally came up with this product.”

‘Code of Conduct’ cocktails are being served now until November 4th at Atrium on 35, 25 Collins Street, Melbourne. Photography by Shellie Froidevaux 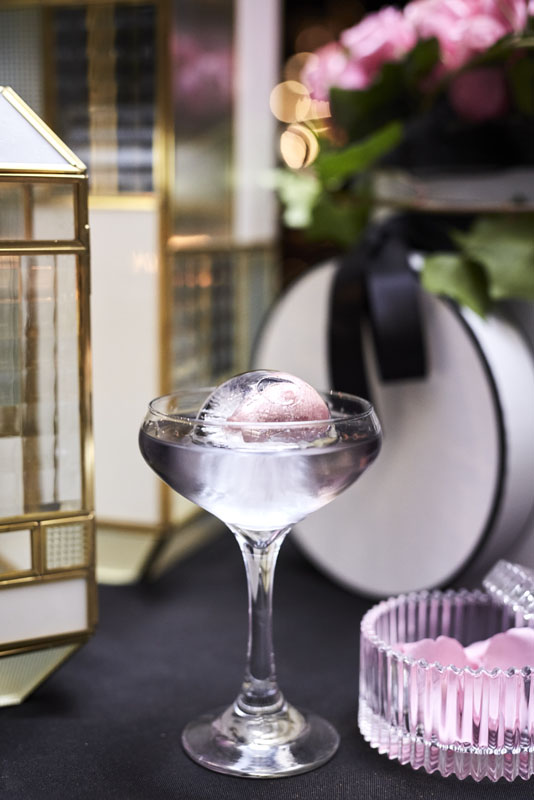 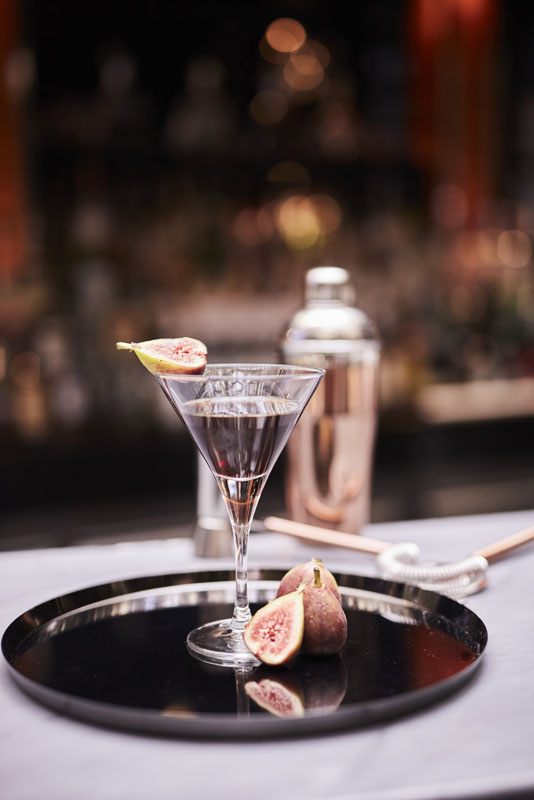 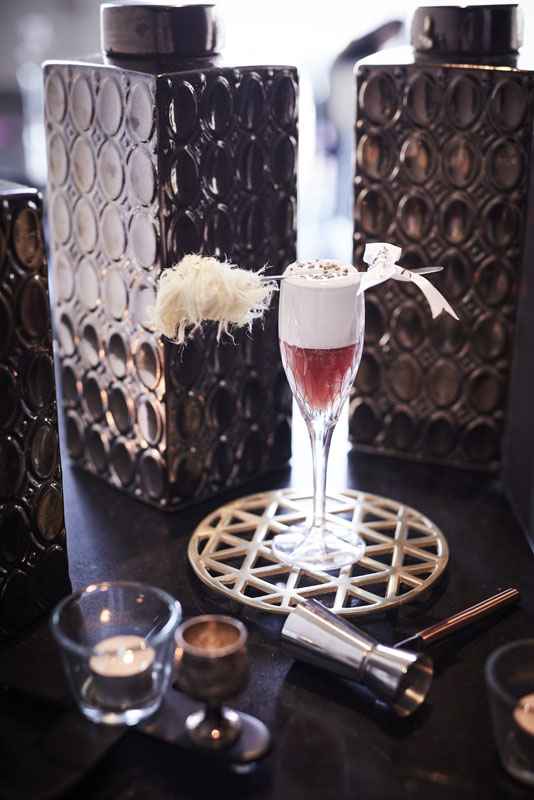 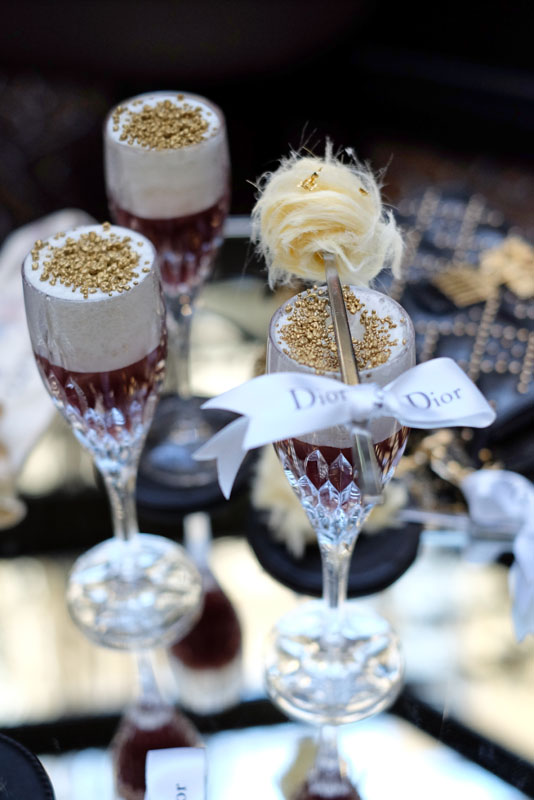 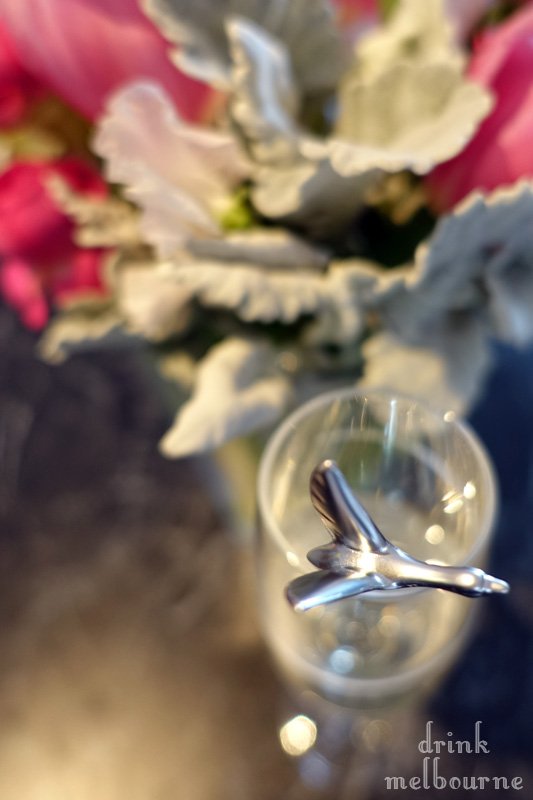 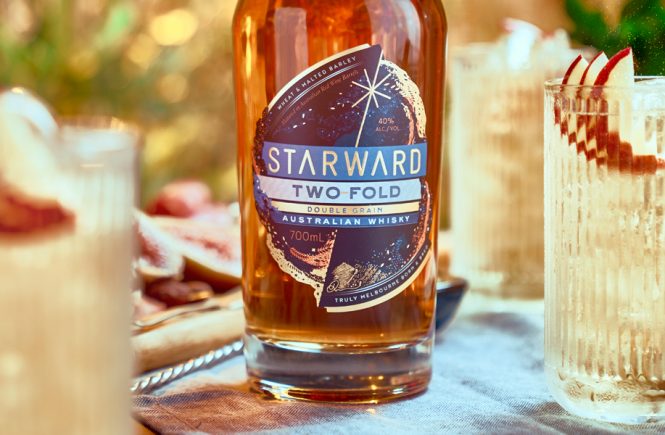 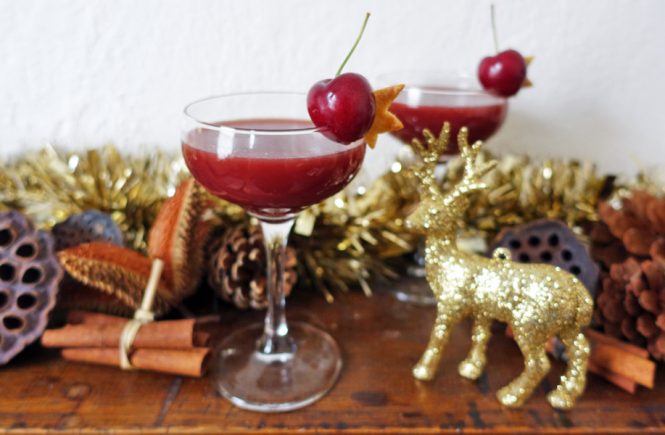